I received a phone call from this number today 023 7925 8035 located in Southampton England. It was is an automated message claiming to be the National Crime Prevention Agency saying my National Insurance number had been infiltrated with an option to press to continue. I immediately disconnected.

However you can buy telephone numbers from anywhere around the world. So just because this number came up as Southampton the owner of this phone number may be located in Nigeria for example.

When you get these type of calls do not press any options to continue and NEVER give out your details over the phone. If someone asks to confirm your details do not confirm anything. These scammers use well known company names such as businesses and agencies to pretend they are who they say they are.

Legitimate businesses and agencies do not phone or email you to collect sensitive data about you.

Do not press any keys to continue as they may put a virus on your phone or run up your phone bill. Do not attempt to phone them back either.

The government if they thought you have been cloned and data stolen would contact you by letter.

I have tried reverse call lookup: https://who-called.co.uk/ but there was no imformation on the caller and no one had made any comments so I was the first and marked the number as ‘Dangerous’.

I also phoned 101 Police Non emergency telephone number and was told to report the incident to https://www.actionfraud.police.uk Telephone: 0300 123 2040 as .his is central hub to all fraud incidents.

Be vigilant and be safe. 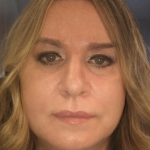